Another flop for the Gates Foundation and for top-down reform 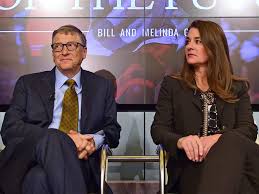 "I was pretty naive about how long the process would take." -- Bill Gates

“I want the foundation to be the neutral broker that’s able to bring up the real data of what is working and what’s not working." -- Melinda Gates

Far from being an honest broker, the Bill & Melinda Gates Foundation, the world's biggest private foundation, has had the greatest influence on shaping the nation’s education policies.

During the past two decades the power philanthropy has leveraged billions of its tax-exempt dollars to inject reform policies into the public system with no public oversight or accountability.

Bill Gates, one of the top three richest men in the world, supports public education the way a rope supports a hanging man. When his imposed reform ideas fail to produce the desired measurable results, the mega-foundation does a few mea culpas and then pulls its funding, moves on to their next big reform idea and leaves school districts and even their own spawned reform groups hanging in the wind.

Now we're hearing reports out of their Seattle headquarters that a major shift in education investments is taking place, away from teacher evaluation to curriculum reform. What that means is anyone's guess.

This from teacher/blogger Larry Ferlazzo:


The Gates Foundation came out with a report this morning admitting that their heavy-handed, and expensive, focus on teacher evaluation was a failure. The report’s authors suggest that maybe other factors were more important for students which, of course, just about any teacher could have told Gates before the money was spent.

Back in 2016, the foundation promised there would be a major shift in its modus operandi. Melinda Gates, announced the fund was backing away from its support for Common Core standards in light of the political shift from federal to state mandates under The Every Student Succeeds Act (ESSA)

She claimed that she and her husband, Microsoft co-founder Bill Gates, "learned an important lesson" from the pushback against CCSS in recent years after pouring hundreds of millions of dollars into supporting national education standards, claiming such a massive initiative could not be successful unless teachers and parents believe in it.


“Community buy-in is huge,” Melinda Gates told the Washington Post, adding that cultivating such support for big cultural shifts in education takes time. “It means that in some ways, you have to go more slowly.”

The term "buy-in", when used by corporate-style reformers, is revealing, not just in the way it portrays the school community simply as consumers of reform, but also in the way they see themselves as reform's progenitors.

Like Donald Trump, for whom he's expressed affinity,  Bill Gates is a great believer in strong-man, autocratic leadership and finds democratic processes too messy, expensive and time consuming for someone with his economic leverage.

It seems like every couple of years faced with stinging criticism from those most affected by their reform interventions, Gates Foundation leaders go through similar "self-adjustments" with no public accountability, while sticking to their same wrong-headed theory of change.They tweak their top-down reform funding strategies, admit (or not) they've bet on the wrong horse, leave old projects hanging, and promise next time, to be "better listeners". But how real is their self-crit? It's usually limited being "too impatient" or "too naive" about great amount of time it takes to bring the uninsightful, unwashed masses to buy into their interventions.

Back in 2012, the line under the Obama administration and with Arne Duncan running the DOE, was that bad teachers were the problem, Gates shifted its focus to discovering who these thousands of bad teacher were and how to replace them with "good teachers".


Bad teachers were the problem; good teachers were the solution. It was a simplified binary, but the idea and the research it drew on had spurred policy changes across the country, including a spate of laws establishing new evaluation systems designed to reward top teachers and help weed out low performers.

Behind that effort was the Bill and Melinda Gates Foundation, which backed research and advocacy that ultimately shaped these changes.

Remember when they ditched their $2B investment in high-school reform and small schools, claiming that their pet projects didn't produce fast enough results (standardized test scores)? Bill Gates' 2009 letter, which was posed as a self-critical evaluation, actually blamed the Gates-funded schools themselves for not being "radical" enough and indirectly, the teacher unions for not being faithful to his top-down model.

While it's become the poster child for top-down reform, the problem goes way beyond the Gates Foundation. It goes to the very nature of power philanthropies, who use their concentrated wealth to erode public space and public decision making.
Posted by Mike Klonsky at 4:51 AM No comments: