Nowak out as Penn Fund chief. 'Differences in approach..."

I have posted here several times about the role of the Wm. Penn Foundation and the Boston Consulting Group, two of the main architects of Philly's school privatization plan. Today we learn that Penn Fund power broker Jeremy Nowak is out as the foundations' chief exec. The Penn Foundation has already given $1.45 million directly — and helped obtain at least $1.2 million more — to pay the Boston Consulting Group to develop a so-called “Blueprint” for restructuring the troubled district.

The Philadelphia Business Journal reports that critics are complaining that the foundation’s funding model favors charter schools  at the expense of the rest of the public school system, which may have been a factor in Nowak's departure.

According to The Notebook,


The William Penn Foundation, citing "differences in approach," has announced that it is searching for a new president, and that Jeremy Nowak has left. The foundation's press release says that its leadership and Nowak, who became president in June, 2011, "mutually decided that the time is right for Nowak to transition out of his current role." Nowak guided the foundation through a strategic planning process, but had also become a lightning rod for controversy - especially regarding William Penn's role in paying for the Boston Consulting Group to develop an austerity plan for the School District.

Posted by Mike Klonsky at 8:49 AM No comments: Links to this post

What's so "special" about KIPP?


Valerie Strauss at the Answer Sheet, describes the special status KIPP charters have with several elite colleges and universities who have recently signed "pledges" to track and recruit KIPP grads.


According to the story, 20 colleges and universities, including Georgetown, Brown and Duke universities, have signed pledges to work with KIPP to recruit some of the charter network’s students, 95 percent of whom are black and Latino. KIPP’s Web site says KIPP now has 125 schools in 20 states and Washington D.C., with a total of more than 39,000 students, with more than 85 percent of them from low-income families.

Wow! That is special, at least for those students KIPP usually doesn't enroll, like those with disabilities or special-needs, English-language learners and for those whose test scores make them unlikely survive KIPP's high attrition rate. KIPP has forged a "national brand", writes WaPo ed writer, Nick Anderson,  by offering longer school days and years and a credo advocates sum up as “work hard, be nice.” The network says it takes “no shortcuts” in pursuing academic goals and makes “no excuses” for failure. They also receive hundred of millions of dollars in private funding.

I wish every high school would at least make the effort or have the resources to connect its graduating students with some type of post-secondary ed opportunities. I also wish most large urban high schools had manageable student/counselor rations, ie. below 1:400, so that inner-city students could  learn about possibilities beyond high school or even how and when to apply and connect with funding and decent loan opportunities.  More importantly, I wish that the cost of a university education was even close to being affordable for most working class and middle-class families.

But obviously, such a wish list for public education is of no concern to KIPP. After all, writes Strauss,

Calling KIPP charters, "public schools" is at best, a stretch. More like an absurdity.
Posted by Mike Klonsky at 3:30 AM No comments: Links to this post

Email ThisBlogThis!Share to TwitterShare to FacebookShare to Pinterest
Labels: KIPP

Philly schools have to go begging to Wall Street

According to the Daily News, Philly's school district is "broke" and forced to go begging to Wall Street for a $300 million loan to pay its bills. But this hasn't stopped them from giving fat raises to non-union administrators and consultants while asking union teachers for give-backs.

"Union leaders were surprised by the news."


"It seems immoral to me," said George Ricchezza, 1201 District Leader for 32BJ SEIU. The union agreed this summer to forgo raises for four years and contribute $100 million back to the district.

"If I would have known prior [about the raises], I would have had a more intense conversation about it so I could absorb the thinking of the district," Ricchezza said of a meeting he had with Hite last week. "It's going to be difficult for our members to understand this."

You bet it will.

Also, check out Boston Consulting Group's role here.
Posted by Mike Klonsky at 10:54 AM No comments: Links to this post

Stand for Children spreads $$$ around in Washington State

Ken Libby reports that the corporate "reform" group, Stand For Children, spent $750,000 in a mostly losing cause, to support anti-public school, anti-union candidates in local elections. But their influence peddling wasn't a complete bust since it appears that Initiative 1240, which would allow charter schools in the state and a clear favorite of Stand, appears to have passed by a slim margin.

Posted by Mike Klonsky at 4:03 AM No comments: Links to this post

Email ThisBlogThis!Share to TwitterShare to FacebookShare to Pinterest
Labels: Stand for Children

The king of the privatized virtual learning world, K12Inc. has investors checking to see if they're still wearing their shorts. The problem continues to be extravagant costs stemming from huge salaries paid to top execs, plus K12 students scoring behind kids in brick-and-mortar schools.

Market Watch reports:  K12 Inc.'s fiscal first-quarter profit slipped 5.3% as the online education provider saw a double-digit revenue increase weighed down by a continued rise in costs.The stock has fallen 42% in the past 12 months. In the latest period, instructional expenses were up 17%, and selling, general and administrative expenses rose 15%.
Posted by Mike Klonsky at 7:35 AM No comments: Links to this post

Email ThisBlogThis!Share to TwitterShare to FacebookShare to Pinterest
Labels: K12Inc

Police opened fire on an anti-privatization protest in the Dominican Republic, killing 21-year old medical student, William Florian Ramírez — who was not taking part in the protest.  NYT reports that violence erupted during a confrontation between the police and protesters angry about a new austerity law that will significantly raise sales taxes and privatize the the country's public university.
Posted by Mike Klonsky at 3:18 AM No comments: Links to this post 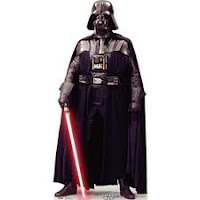 Not sure about this. But does this mean that George Lucas pays no taxes on the sale of his film company to Disney? The "Star Wars" director will reportedly "donate" the $4.05 billion he will receive from the sale of Lucasfilm Ltd. to Disney to his own Edutopia foundation. Like Bill Gates, who left his post atop Microsoft to run his $30 billion foundation, Lucas will now make the world of education reform his own.


“I am dedicating the majority of my wealth to improving education. It is the key to the survival of the human race. We have to plan for our collective future –- and the first step begins with the social, emotional, and intellectual tools we provide to our children. As humans, our greatest tool for survival is our ability to think and to adapt – as educators, storytellers, and communicators our responsibility is to continue to do so.”

So far, Edutopia has been more humane than Gates' own power philanthropy. But we'll see.

Posted by Mike Klonsky at 3:28 AM No comments: Links to this post

Posted by Mike Klonsky at 11:48 AM No comments: Links to this post