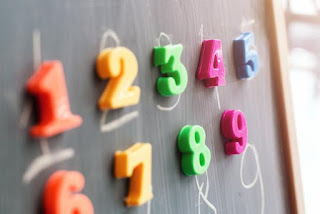 His billionaire patrons don't really know what to do with Arne Duncan. He left Obama's Dept. of Education in a mess. His snarky comments about the white suburban opt-out moms may have helped Trump win the election. His ill-conceived Race To The Top "reforms", underwritten by Bill Gates, were a flop by all measures of reform. And before resigning, Duncan feathered his nest by sending millions of dollars in federal funds to Chicago charter school operators.

When Duncan did arrive back in town, the city's elite immediately began a Duncan clean-up and rebranding operation to lay the groundwork for a Duncan run for political office. There was even talk of him running for mayor in place of Rahm Emanuel.

He was given a cushy, high-paying job at the Emerson Collective by heiress Laurene Powell Jobs, the billionaire widow of Apple founder, Steve Jobs. There, he got help writing his requisite book, “How Schools Work,” in which he claims that public schools are "run on lies".

But as a one reviewer noted:


"Duncan spends hardly any pages embedded in schools or talking to teachers, principals or students...Duncan heads off to high-end addresses in the Loop, and later D.C., determined to roll out reforms that hold a mirror of truth to the broken system. But what, then? We don't learn how the surgical decisions being made at high altitudes end up impacting classrooms in cities like Chicago, Baltimore or Detroit...

As all around us swirls the fever for school choice, we don't learn much about the outcomes of pushing for options beyond traditional schools, such as charters, which Duncan championed when he ran Chicago's school system. And we don't learn how some schools in high-poverty neighborhoods beat such odds and send their Calvins to college — stories that really illustrate how good public schools work in the era of limited resources and vast income inequality.

As things have turned out so far, Duncan's return came too late for a run for governor and as you may have noticed, Rahm is still running for mayor. He hasn't dropped out to make room for Arne as was rumored only a month ago.

So where to next? The answer came this week when Duncan was named to the Board of Directors of Dreambox Learning, Inc.

According to Edweek's Marketplace K-12,


The digital math company DreamBox Learning has picked up a massive infusion of capital—$130 million—from an investment group, and it has added a big name to its board of directors: Arne Duncan.

DreamBox announced Tuesday that it is the recipient of that substantial monetary infusion from The Rise Fund, a global investment company that seeks financial returns from its support for social and environmental causes.

The $130M from Rise is its largest-ever education investment and allows it to take a majority position in DreamBox. The Rise Fund counts Jobs, Netflix founder and right-wing school privatizer, Reed Hastings, and Duncan's long-time Chicago ed-business mentor, John Rogers (Ariel Investments) among its investors.

As you might have guessed, DreamBox is Apple (IOS)-based, not PC.

So Duncan will have to cool his political heels at DreamBox, using his DOE connections to sell another bullshit math program to schools and districts that don't want it or need it and making sure his patrons get a good return on their investment.

It's kind of a flashback to the days when Pres. Bush's brother Neil used his connections to sell his Cow (Curriculum on Wheels) to public school districts.

Posted by Mike Klonsky at 11:41 AM No comments: