Even has charter supporters running for the hills
One message that comes across loud and clear already, though: For-profit corporations would gain more power to set up and run the taxpayer-funded schools - potentially without the oversight from sponsors that is required now.-- Cleveland Plain Dealer

But knowledgeable observers agree the amendments would shift power to companies like Akron-based White Hat Management. The company, founded and owned by David Brennan, runs a host of Hope Academies and Life Skills Centers in Ohio and other states. A spokesman did not return a call for comment.


"This is a blatant giveaway of public money to big Republican campaign contributors like David Brennan, who now will be able to enrich themselves even more at taxpayer expense," said Dale Butland, spokesman for Innovation Ohio.

Posted by Mike Klonsky at 3:30 PM No comments: Links to this post

WSJ says Obama is carrying out a "personal jihad against America's 'millionaires and billionaires.'"


Andrew Carnegie alone built more than 1,600 libraries in the U.S. Today, according to Internal Revenue Service data, there are some 110,000 grant-making private foundations in the U.S. Beyond the foundations bearing the names of famously undertaxed plutocrats such as Warren Buffet and Bill Gates there are another hundred thousand or so, often run by modestly wealthy families whose foundations support a vast array of needs—scholarships, schools, hospitals, cultural institutions and even causes across the political spectrum, no doubt including windmills. The Center on Wealth and Philanthropy at Boston College reports that giving by individuals hit an astounding $243 billion in 2007. As to the millionaires, the report says, "In that year, households with $1 million or more in net worth gave 52%, or $126.15 billion."  -- "Obama's Millionaire Obsession"

Posted by Mike Klonsky at 4:07 AM No comments: Links to this post

The Renaissance Schools Fund, which for the last six years has poured enough startup money into new charter schools to triple their number in the Chicago Public Schools system, has announced a new $60 million venture fund to add 50 more charter schools. -- Chicago Tribune 4/20/11


"These are not innovative charter schools," says Gary Miron, professor of education at Western Michigan University, who co-wrote a critical report on KIPP. "What we're talking about are corporate schools or franchises."

Posted by Mike Klonsky at 3:19 AM No comments: Links to this post

The lead into the Chicago Sun-Times story says it all: "Charter schools. Turnaround schools. And knowing where the money is." Among those guiding Rahm's hand-picked CEO Jean-Claude Brizard will be: 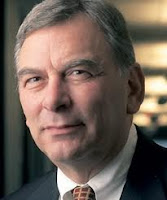 
Vitale gives new meaning to the words top-down. The former bank president was even booted from his position as head of the Chicago Board of Trade for not being able to play well with others.  I wrote about him back in '05 (""Do we need a lot of public decision-making about replacing lug nuts? I don’t think so."--David Vitale") and here last October, remembering the Little Village High School hunger strike. Vitale once told me he thought  the hunger strikers' victory was "one of the greatest disasters in CPS history." Vitale saw the hunger strike tactic as "blackmail" rather than community and parent engagement.
I'm pretty sure that Vitale is there to ride herd on Brizard. He and the corporate reformers will have the real power, not the new CEO. 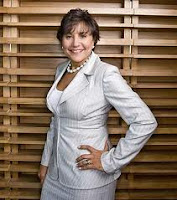 
A member of the billionaire Pritzker family, Penny Pritzker is a huge charter supporter and a long-time education advocate. She was a contributor to Stand for Children, which led the writing of an Emanuel-backed school reform bill that trims teacher union power while giving CPS enhanced muscle to extend the school day and year. Her Pritzker Traubert Family Foundation contributes to the Academy for Urban School Leadership, the Young Wopmen’s Leadership Charter School and the Nobel Street Charter School network — all of which Emanuel wants to expand. Noble Street’s Pritzker College Prep is named after the Pritzker family. She also is chair of the Chicago Public Education Fund and led President Obama’s 2008 funding drive.

Posted by Mike Klonsky at 9:22 AM No comments: Links to this post

Why do Gates/Pearson love common-core standards?

Fits virtual online schooling and testing
The Bill & Melinda Gates Foundation, the world’s largest philanthropy, and the foundation associated with Pearson, the giant textbook and school technology company, announced a partnership on Wednesday to create online reading and math courses aligned with the new academic standards that some 40 states have adopted in recent months.-- NYT


In his educational work, Bill Gates has explored ways that new technologies can transform teaching. Vicki Phillips, a director at the Gates Foundation, said the partnership with Pearson was part of a “suite of investments” totaling more than $20 million that the foundation was undertaking, all of which involve new technology-based instructional approaches.

Posted by Mike Klonsky at 8:24 AM No comments: Links to this post

Willard Lanham, a former consultant for the New York Department of Education surrendered to federal authorities on Thursday to face charges that he stole $3.6 million in the six years he worked managing projects that were meant to provide Internet access to city schools. Verizon and I.B.M., the largest of the vendors involved in the projects, played a role in the scheme and profited from it, according to the city’s special commissioner of investigation, Richard J. Condon. -- NYT City Room
Posted by Mike Klonsky at 7:58 AM No comments: Links to this post

John Rowe is not just CEO of Exelon, the nation's biggest generator of nuclear power, he also a major player in Chicago's  corporate-style school reform. He is the former chairman of the Commercial Club of Chicago.  Along with his wife, Jeanne, and son, William, he established the Rowe Family Charitable Trust. The Trust also co-founded the Rowe-Clark Math and Science Academy, a part of the Noble Street charter school chain, in Chicago’s West Humboldt Park neighborhood. The Rowes also serve as patrons of the Pope John Paul II parochial school on Chicago’s southwest side and the Rowe Elementary School. Rowe is also chairman of the Renaissance Schools Fund, a nonprofit organization formed to fund charter schools in the City of Chicago.

Rowe is currently trying to take control of Maryland's Constellation Energy and its subsidiary BG&E, an acquisition that would keep Exelon, best known here as the owner of ComEd, on top of a consolidating utility field, but probably cause massive layoffs within the newly consolidated company. The regional headquarters of our Midwest nuclear operation will likely remain in Illinois, as will the headquarters for ComEd.
Posted by Mike Klonsky at 7:36 AM No comments: Links to this post