Former CPS Liar-in-Chief lands on her feet at Midway 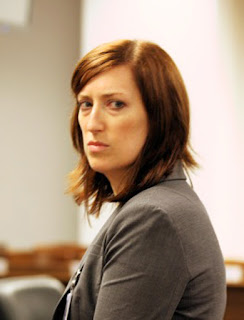 I doubt you are, but if you're worrying about the fate of former CPS Liar-in-Chief, Becky Carroll,  you can stop now.

After serving as J.C. Brizard's and prison-bound Barbara Byrd-Bennett's Kellyanne Conway and then as the head of Rahm Emanuel's Super PAC, "Chicago Forward", Carroll has hit it big as a Midway Airport contractor. In other words, she's landed (see what I did there?) on her feet. Take heart Kellyanne. There's life (and profit) even after a failed career of mendacity and prevarication.


A 15-year, $75 million makeover of Midway Airport concessions was cleared for takeoff Wednesday on a runway crowded with clout-heavy contractors. The contract with a group known as Midway Partnership LLC was approved at an action-packed City Council meeting dominated by business legislation.

The $248 million Midway overhaul will give the Southwest Side airport 1,400 more premium parking spaces, a Taste of Chicago-style concession makeover with more space, and 27 security lanes — up from 17 — to unclog a notorious passenger bottleneck.

Did you know that "broke Chicago", where school budgets are being slashed to ribbons, had $248M laying around to put at the service of wealthy airport concessionaires? This, after years of failed Rahm attempts to sell off poorly-run Midway to any taker who wanted it.

And as I scroll through the article, I come upon Becky's name. She's hit the jackpot as a member of the "winning team" of contractors -- all Rahm political loyalists of course.

And here, I thought Becky's area of expertise lie in school closings and CPS corruption cover-ups. How was I too know she was an airport food concession maven as well?